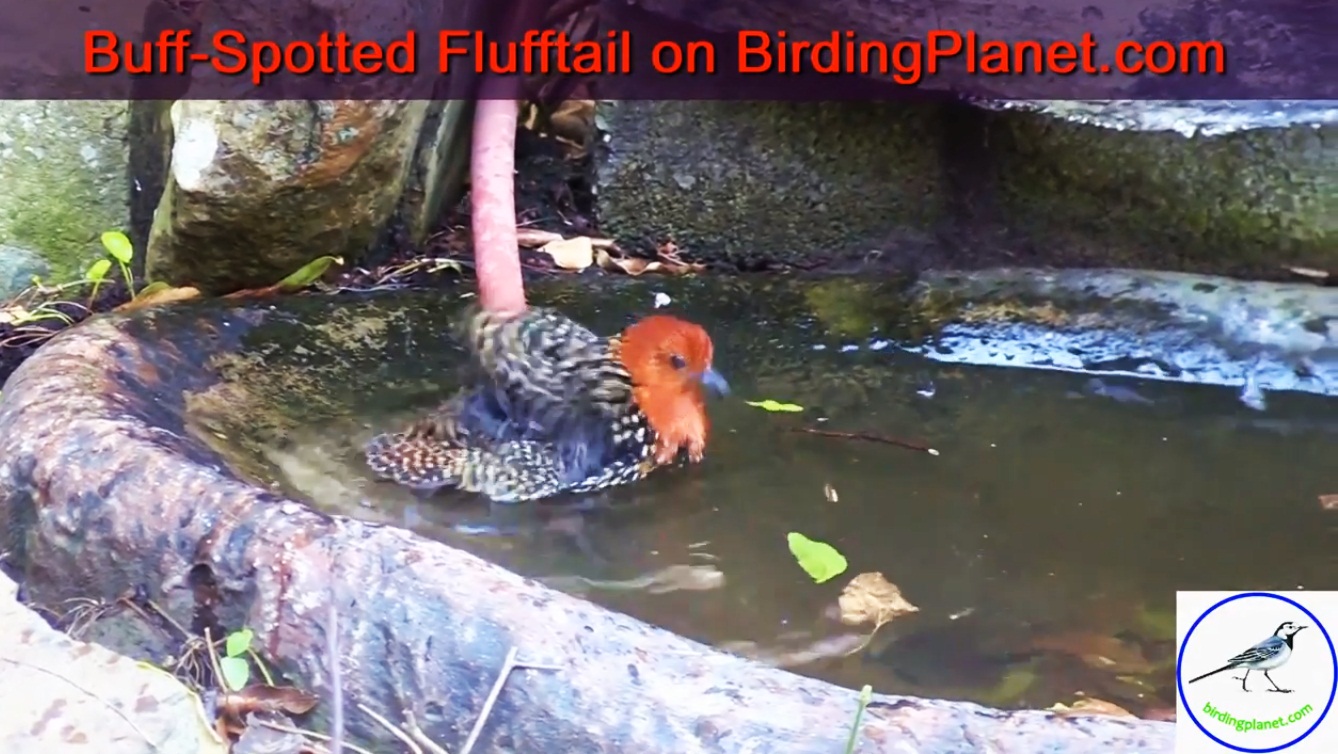 This Buff-Spotted Flufftail was a very exciting bird for to me film as it was a lifer for me; the first time I had ever seen it.

When I first saw it in the shrubbery I thought it was perhaps a juvenile spurfowl or some type of Frankolin. But once it made its way into the bird bath I could unmistakenly see that it was a Flufftail.

How to Identify a Buff-Spotted Flufftail

Initially I was a bit confused whether it was the Red-Chested Flufftail or the Buff-Spotted,  but what confirms it is that the red on the head only extends to the upper breast, not all the way to the lower breast and back as with the Red-Chested.

The back of the male has large buff spots. The female is plain and brown. Both sexes have a barred tail.

Here is the short HD video I filmed of the Buff-Spotted Flufftail:

They are well known for their shy and elusive behaviour. They are more vocal at night and are therefore more likely to be found then, rather than in the light of day.

Their call is a long, hollow hoot.