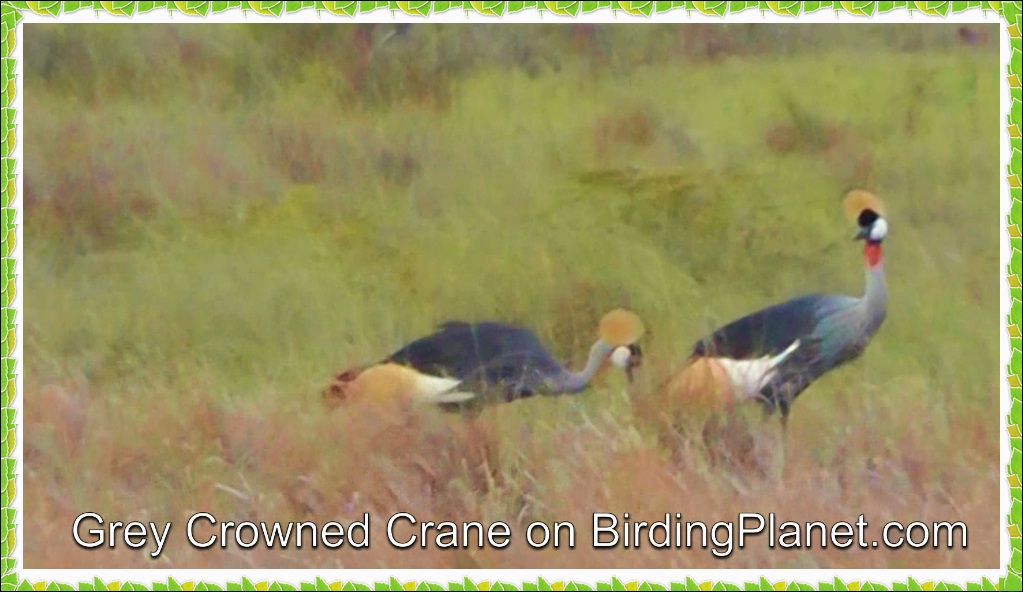 I filmed this pair of Crowned Cranes on a farm in Stutterheim, Eastern Cape. It is the same place I filmed the Blue Cranes a few years ago.

And, just the same as in the Blue Crane video, these Crowned Cranes appeared to putting on the mating dance.

Both sexes enjoy dancing, and the breeding display involves dancing, bowing, and jumping as you will see in the HD Crowned Crane video below.

They are a beautifully coloured bird and are omnivores.

These birds are listed as Endangered.

In 2012 it was uplisted from vulnerable to endangered. It has reached this status because of threats to its habitat due to drainage, overgrazing, and pesticide pollution. Their global population is estimated to be between only 58,000 and 77,000 individuals. 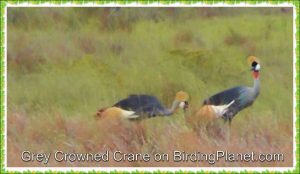