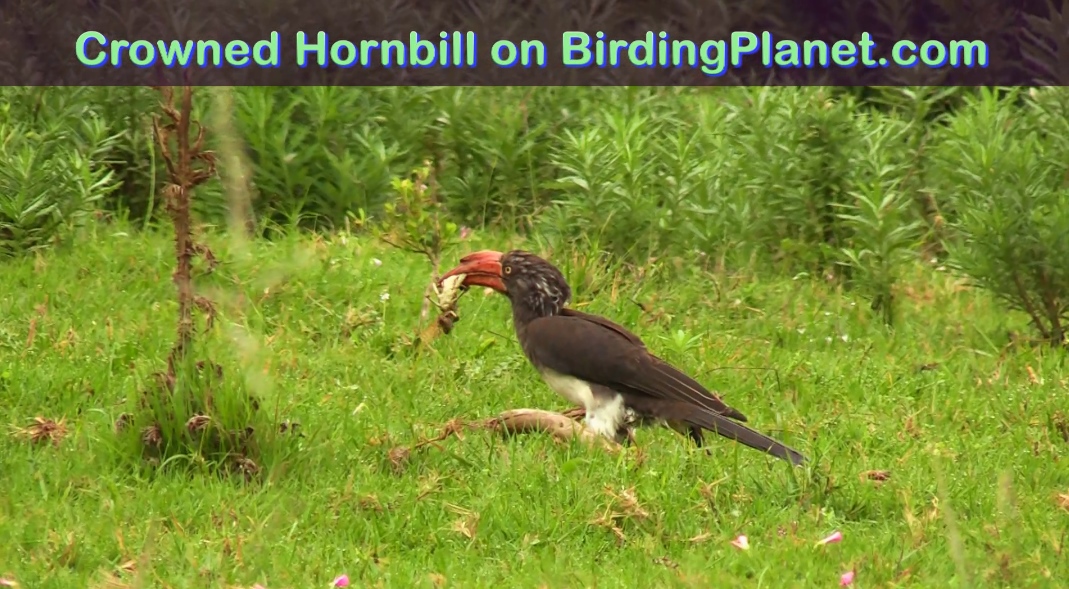 I filmed this Crowned Hornbill eating a grasshopper or locust at Mansfield Game Reserve in Port Alfred, South Africa.  There were another two hornbills in close proximity, but this guy was refusing to share!

Watch the Crowned Hornbill video in HD below:

It is a dark brown hornbill with a white belly and long, red bill.  Unlike the Bradfield’s Hornbill, which has red eyes, the Crowned Hornbill has yellow eyes.  The male has a large casque and black facial skin, whereas the female has a smaller casque and a turquoise face.

As shown in the video above they seem to like grasshoppers! But generally they east insects and other invertebrates as well as smaller reptiles (lizards etc), seeds and fruit. 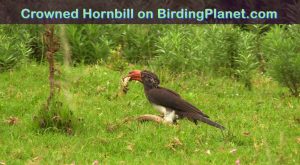