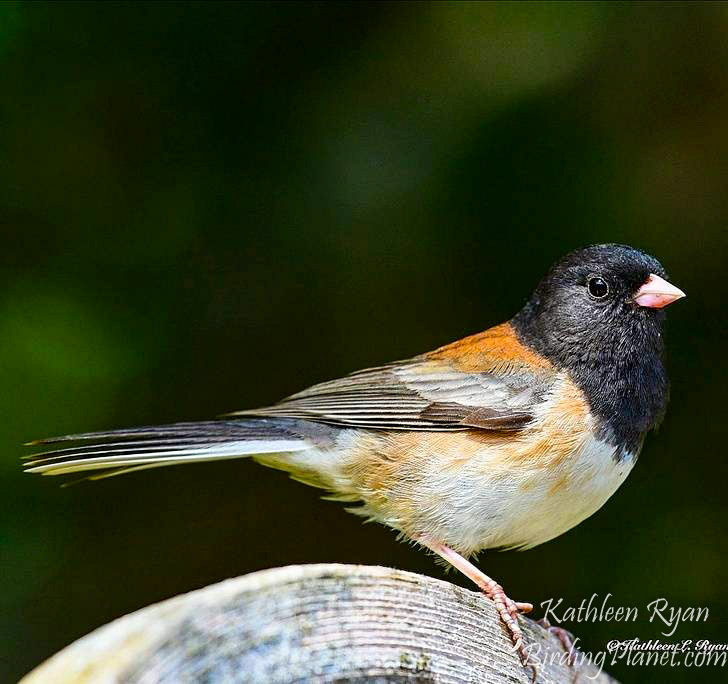 How to identify a Dark Eyed Junco

Identifying the Dark Eyed Junco is more complicated than doing so with most birds. First you have to acknowledge that there are seven variations of the bird and each one of these has its own identifying marks and characteristics. These seven are: Slate-colored Junco, White-winged Junco, Oregon Junco, Pink-sided Junco, Gray-headed Junco, Red-backed Junco and Guadalupe Junco.

However, there are general identifying parts that are consistent with each Dark Eyed Junco.

They also all have pale bills and white outer feather which are very noticeable in flight.

They predominantly feed on seeds and insects. Most of their food is foraged from the ground, rather than up in trees. Their preferred insects include grasshoppers, caterpillars, beetles and spiders. Their young are also mostly fed insects.

During the winter months they will mainly feed on grass seeds or seeds that have fallen from trees.

Although their habitat is mainly evergreen forests and woodland, it is generally on the edges or clearings of these areas and not deep in the woods.

It is one of the most common birds in North America and can be found across the continent.

Recent research estimates that there are approximately 630 million Juncos.

Unlike many other species the nest is mainly built by the female. She creates an open cup of grass and leaves and then she lines it with fine grass and sometimes even mammal hair or feathers.

The nest is almost always positioned on the ground, and never high up. The Juncos choose a site that is well hidden under overhanging grass or under some other natural camouflaging feature such as a rock or a log. Sometimes even in a hole of a bank.

On the rare occasion that the nest is built off the ground it will only be a few inches up, on a low branch or in a bush.

The nest size will have an outer diameter of about 3.9 inches or 10 cm.

The female will lay 3-5 whitish to bluish white eggs with 1-2 broods per year. The eggs often have brown and gray markings on them.

The female will incubate the eggs for about about 11-13 days.

Once the nestlings have hatched both parents feed them. The young birds will leave the nest 9-13 days after hatching.

* The Male will sing from a high position when he wants to defend their nesting territory.

* There are a few different color phases of this species that live in different parts of the country. The “slate-colored”, which I’ve always seen only with no traces of brown, are basically the eastern color phase. There are a couple of western color phases that have more brown. I’ve read that juveniles are covered with a brown barred pattern, but I’ve never seen that since we only get them in the winter when they apparently have lost their juvenile plumage. – Louisiana birder

* The younger birds of the “Slate-colored” type can have a slightly brownish cast to the back feathers. There are three western sub-species of Dark-eyed Junco that have brownish backs (the Oregon, Pink-sided, and Gray-headed types) – Kevin Morgan

* Both the male and female will participate in a courtship dance where they may hop around on the ground with their wings drooped and their tail spread out wide to show off their white outer tail feathers.

* There is also a separate Junco species that has a brown back (the Yellow-eyed Junco) which is only found in the mountains of southeast Arizona and southwestern New Mexico, and another gray-backed form of the Dark-eyed Junco that has wingbars (White-winged Junco).

Jerry is a dark-eyed junco and an amazing little dude. He’s tiny, but all the other birds listen to him since he’s always on the lookout and sounds the alarm for predators. Here’s Jerry chewing a corn kernel into submission 💕 pic.twitter.com/SiWlRaVXnR

Photos by Phyllis Davis,  Jonathon McIntyre, Jeff Perot and Kathleen Ryan who are all members of the Birding Planet Facebook group. 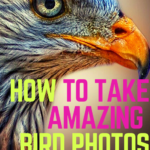 50 common birds of NA with images. Great for getting started or learning.