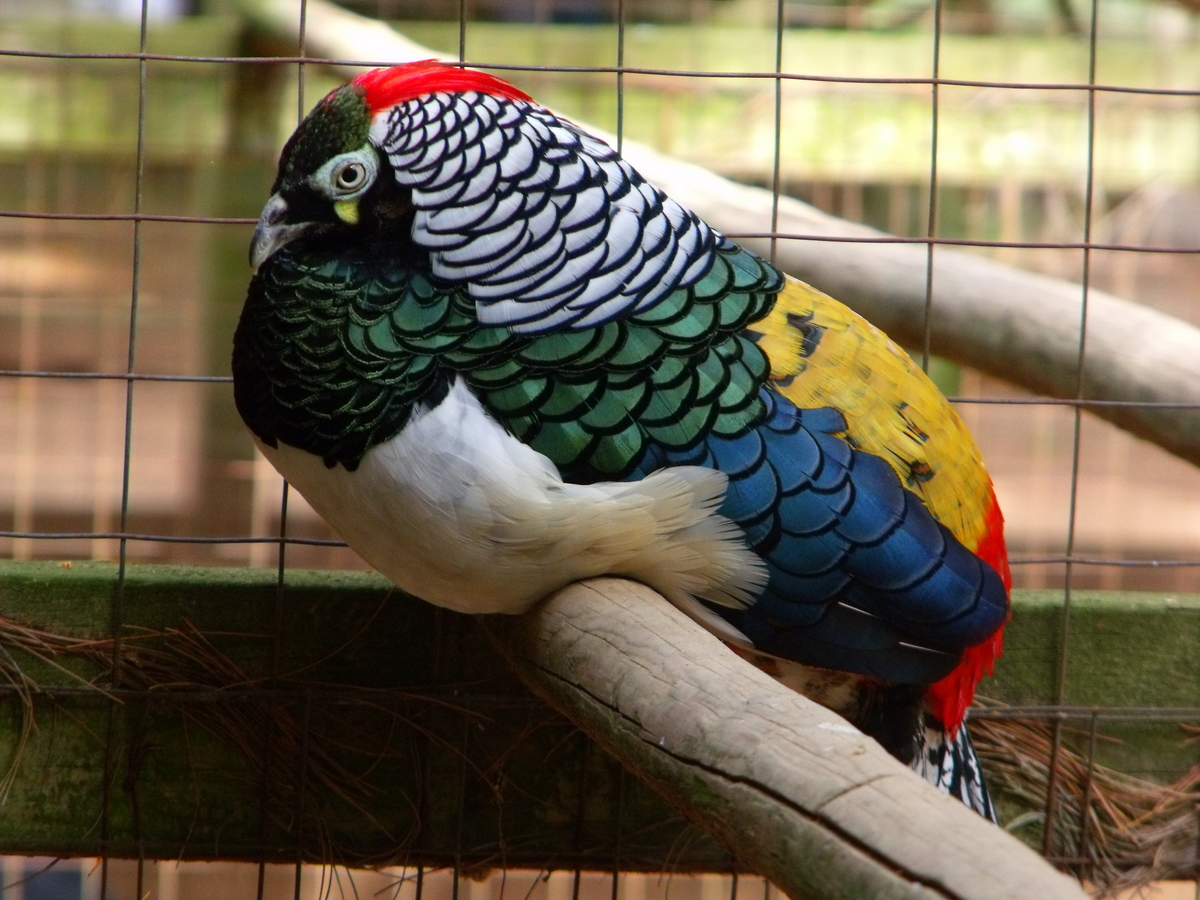 The Lady Amherst pheasant is found in the desolate mountain regions of China and Tibet, but has also been introduced into England. The male is considered to be one of the most colorful birds in the world.

The name commemorates Sarah Countess Amherst, wife of William Pitt Amherst, Governor General of Bengal, who was responsible for sending the first specimen of the bird to London in 1828.

This species is closely related to the golden pheasant