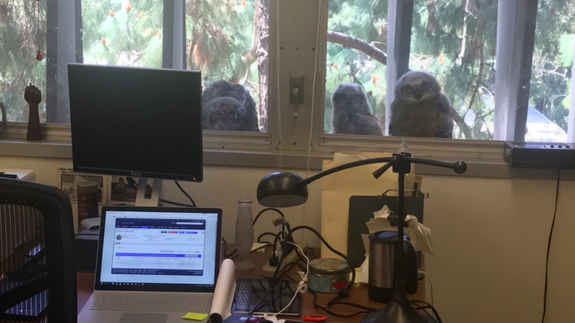 It’s always nice to see animals in nature, just maybe not when they’re staring at you throughout your work day.

According to Michael Lens’ a bunch of owls were born outside of their coworker’s windowsill recently, and now they’re all grown up.

Owls were born on my colleague’s windowsill a few weeks ago and I. Just. Can’t. Evenpic.twitter.com/W6ZjP5TCZ6

Maybe they think his coworker is their dad? Either way, twitter users found it both cute and unsettling.

After sending off the tweet, the window friends became excellent fodder for some Twitter owl puns: Read more…

Share this!
READ  Baby Owls in a Bird Bath