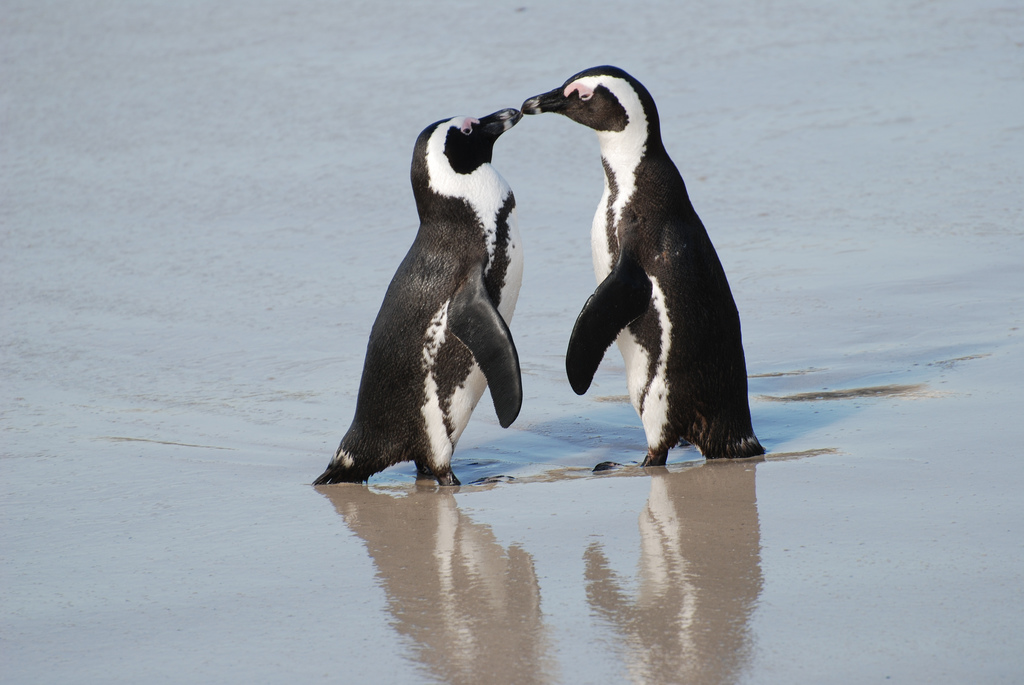 A pair of African Penguins

This Sunday, the 20th of January, is Penguin Awareness Day!

The day helps raise awareness about the flightless birds whose numbers are dwindling by the day, as well as aiming to bring international focus on the conservation of penguin habitats.

Penguins are aquatic birds native to the Southern Hemisphere. There are about 20 known species of penguins, the largest of which are the emperor penguins, the lead stars of the documentary, March of the Penguins. The smallest known penguin species are the little penguin found in the coastal areas of Australia and New Zealand.

It is thought that the black and white coloring of the penguins is a camouflage which helps them to hide from underwater predators. While penguins are great at diving and swimming, they cannot fly even though they are considered to be part of the bird family. They use their wings as flippers to move quickly underwater.

How can You Celebrate Penguin Awareness Day?

Learn more about these majestic birds and their habitat and try to understand how human activity may be affecting them.
If your local zoo has penguins, why not take a trip there to spend some time observing them?
Watch movies with penguin characters and documentaries about the lives and habitats of penguins.
Did You Know… that the fastest penguins – the Gentoo – can swim at the speed of 22 miles or 35 kilometers an hour?

Many penguin colonies have been lost to climate change and it’s estimated that half the population of emperor penguins will vanish by the end of this century.

We can start to help these endangered creatures by focusing on environmental issues.

THE HISTORY OF NATIONAL PENGUIN DAY

2018
An ominous study
The study estimates that by 2100, at least two-thirds of emperor penguin colonies will have dramatically declined.

2018
More penguins found
Over a million Adélie penguins were found living off the coast of Antarctica, on the remote Danger Islands. Just 100 miles away in the west Antarctic, the same species is in decline due to sea ice melt.

1911
Studying the emperor
Over two expeditions, Robert F. Scott discovered and investigated the first breeding colony of emperor penguins. This broadened our knowledge about this species.

1772
The first to mention the emperor
The first person to describe emperor penguins was Johann Reinhold Forster. He had spotted a few during James Cook’s voyage.

5 INTERESTING THINGS TO KNOW ABOUT PENGUINS

When a female emperor penguin’s baby dies, she will often “kidnap” an unrelated chick.

There are 17 species of penguins and all of them live in the Southern Hemisphere.

The penguin species with the highest population is the macaroni penguin with 11 million pairs.

The gentoo Penguin is the fastest swimmer — reaching speeds up to 22 mph.

An average penguin might spend up to 75 percent of its life in the water — where it also hunts for prey.