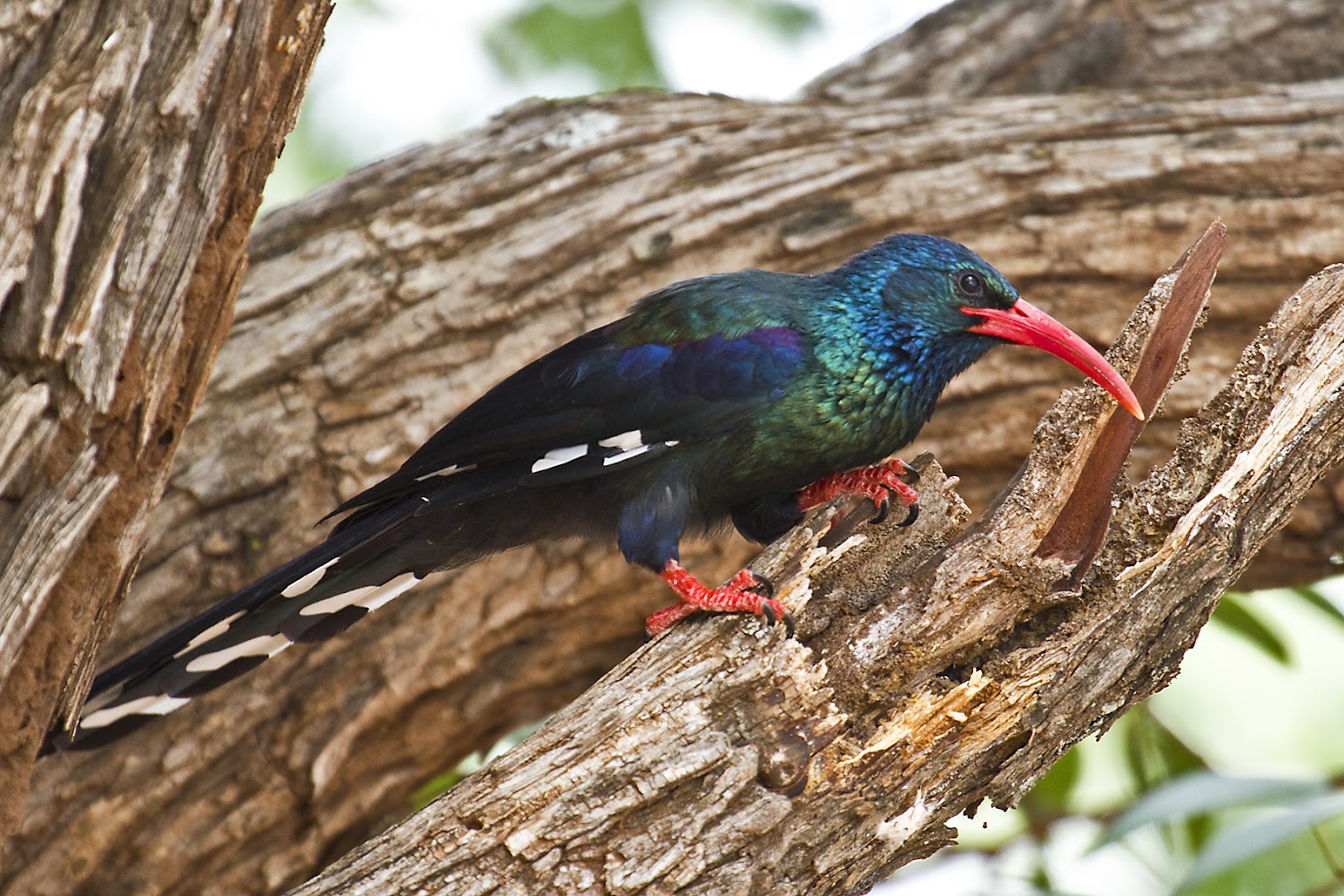 I often see Red-billed (Green) Wood-Hoopoes in my garden

When it comes to attracting native birds to your garden and general neighborhood, small enhancements made by individual homeowners can have a big collective effect. That’s the lesson of a novel study published recently by researchers with the University of Illinois and the Illinois Natural History Survey.

They conducted point counts in residential neighborhoods of Chicago during the peak of the 2012 breeding season.  They then surveyed homeowners about the plants, pets, feeders, and pesticides in their yards. Afterward, to assess the environmental characteristics of groups of gardens, not just individual properties, the investigators aggregated the survey responses for each area.

The results were motivating but not surprising:  Gardens that contained a high percentage of fruit- or berry-producing trees and plants, for example, were associated with higher numbers of native birds, as were gardens that featured evergreen as well as deciduous trees.

Migratory birds were observed more often on transects bounded by gardens containing wildlife-friendly features. Nonnative birds were observed on transects with greater numbers of outdoor cats and dogs.  And the presence of bird feeders was found not to be an important predictor for native birds, probably because 14 of the 32 native species in the study rarely or never visit feeders, while 22, almost 70 percent, are known to eat fruits or berries.

What was surprising was that the environmental characteristics of groups of neighboring gardens, in the aggregate, proved more important for native-species richness than features measured at the neighborhood or landscape scale, such as the amount of open space or the percentage of canopy cover within 50 meters or a kilometer of each transect.

“Our results suggest that urban conservation agendas would benefit from ‘thinking outside the park,’” write the researchers. Rather than relying on top-down educational efforts or incentives, homeowners associations and conservation groups should try “grassroots efforts that focus on dialogue” to highlight the collective effects of garden enhancements.