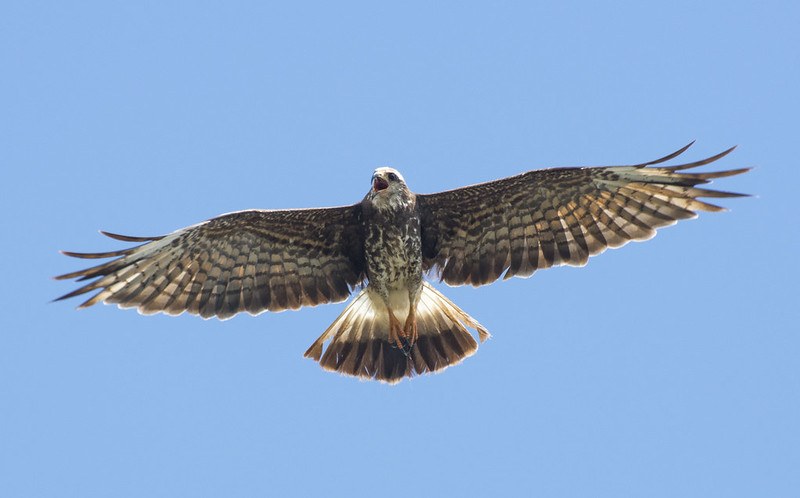 Brown Pelicans are seabirds that can live in fresh or saltwater environments. They are brown and white with short legs and are easily recognized by their long, narrow bill that is hooked at the end: the large pouch is their most obvious feature.

It is one of three pelican species found in the Americas and one of two that feed by diving in water: they specialize in eating fish, which they catch by plunge-diving. In the 1960s, Brown Pelicans, along with several other species of fish-eating birds, were nearly wiped out by impacts from the pesticide DDT.

Brown Pelicans were removed from the  Endangered Species List in 2009, in what was considered a major conservation success story.  But a recent crash in Pacific Coast populations of sardines, the Pelican’s prime food, is posing new threats to these birds. And they continue to face dire threats from loss of wetlands, pollution, nest-site disturbance, and entanglement in fishing line.

The Snail Kite is in trouble and is a locally endangered species in the Florida Everglades, with a population of less than 400 breeding pairs
Snail Kites are uniquely adapted to eating their namesake food: apple snails.

The success of the endangered Everglade Snail Kite is a key ecological indicator for the health of the Greater Everglades. Snail Kite numbers declined significantly until the early 2000s due to degradation of water quality and sporadic water levels that were wreaking havoc on wetland plants and the kites’ namesake food item. They are in danger of extinction.

These sparrows inhabit dry open prairies in south central Florida where they feed on seeds and grasshoppers. The conversion of open prairie habitat to agricultural fields and pasture land has caused destruction of native habitats for the grasshopper sparrow. Despite public land managers’ efforts to recover the bird, its population continues to decline steeply on the very lands where it should be thriving.

To date, captive breeding has been successful and grasshopper sparrows are being released back into the wild on public lands. Without continued funding for captive breeding and reintroduction programs, the outlook is dire for this diminutive Florida prairie specialist.