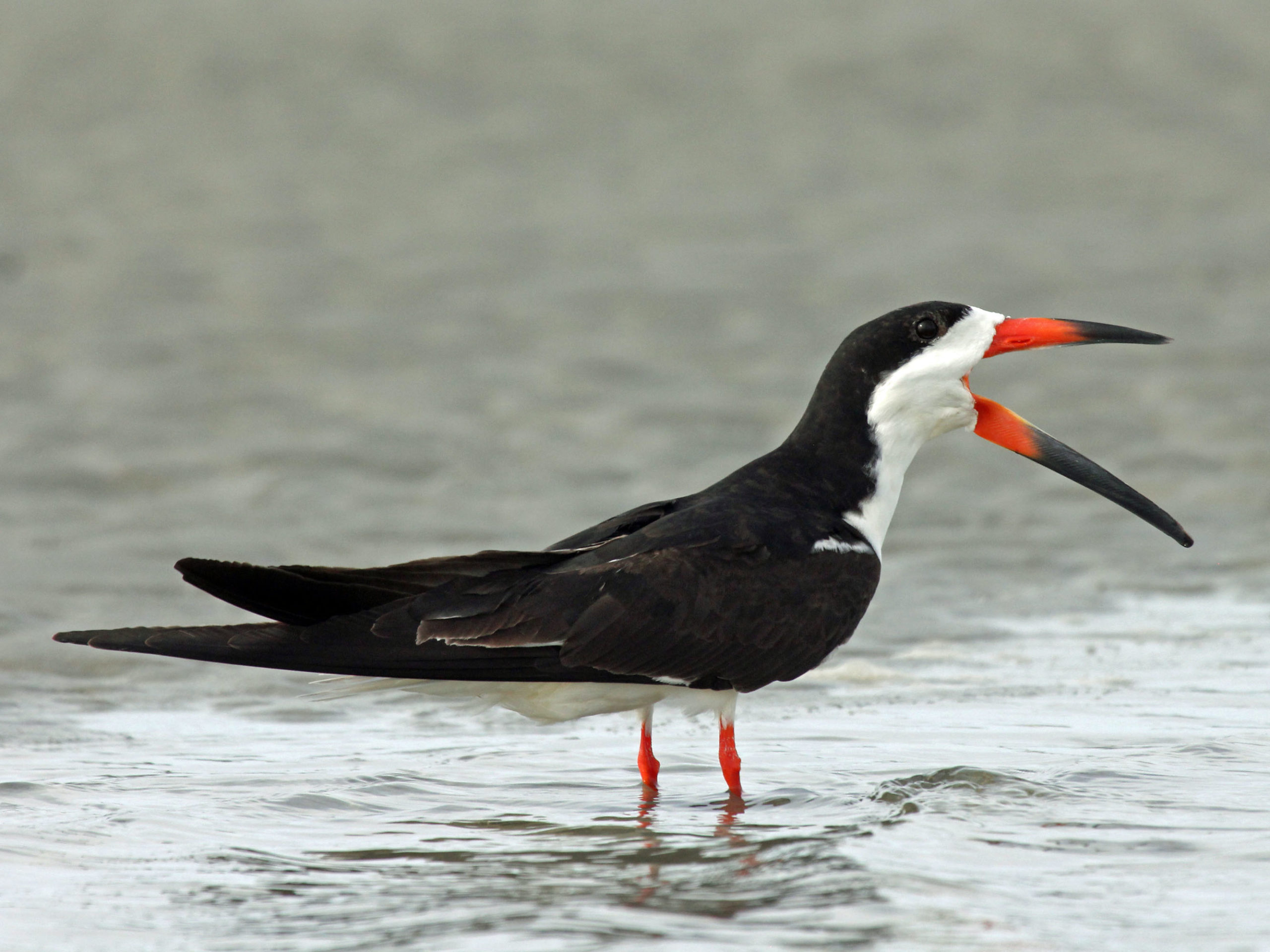 The following 15 birds, found commonly or predominantly in Florida, are in various stages of being endangered or threatened. Some of them have made remarkable recoveries in terms of population numbers and have been removed from the official threatened list. I have still included them on this list even though they are no longer classified as “endangered” as it is useful to know the journey their species has taken.

The American Oystercatcher (sometimes known as the American Pied Oystercatcher ) is one of the largest and most striking birds seen along Florida’s shores, with brown and white plumage, pink legs, thick orange bill, and yellow eyes with bright orange eye-ring.

Florida’s year-round population of approximately four hundred nesting pairs of Oystercatchers is augmented by an influx of more than 1,500 migratory birds each winter. They mostly eat mollusks and frequent coastal areas where oysters are abundant. Resident birds nest on sandy beaches and rooftops and are highly vulnerable to disturbance.

It is currently listed as a species of special conservation concern. This species is considered to be in decline in New Jersey. The current population of American Oystercatchers is estimated to be 43,000.

At the other end of the world is the African Black Oystercatcher which is also threatened. It is estimated that there are only 7000 left in the workd.

Some recent updates to the site:

* Please join the brand new Birding Planet Facebook Group here. As soon as you join you receive a free bird ebook. And it is a wonderful way to connect birders from around the world.

* And you can see our brand new Birding Store here.

The Bald Eagle is an American success story. Thanks to conservation efforts over the past several decades, the Bald Eagle is no longer listed under the U.S. Endangered Species Act but remains protected by both the state eagle rule and federal law.

Florida has a robust nesting population, with an estimated 1,500 nesting pairs. Most eagle nests are in live native pine trees, but the birds also nest in cypress trees, oaks, mangroves, and artificial structures such as communication towers.

2020 will be the 13th year since the Bald Eagle was removed from the endangered species list. It took 40 years of conservation work to de-list the bird.

Black Skimmers look like masked bandits with short legs, black and white plumage and a black and orange bill. The lower half of their bill is longer than the upper, enabling them to “skim” across the water with their mouth partly open and bill dragging across the surface in search of a fish.

Because they nest in colonies on the sand just above the high-tide line, they are very susceptible to loss of eggs and young from storms, high tides and human disturbance.

Black Skimmer numbers are decreasing. It is considered Endangered in New Jersey and a species of special concern in North Carolina and Florida. North American populations are on the 2014 State of the Birds Watch List, which lists bird species that are at risk of becoming threatened or endangered without conservation action.