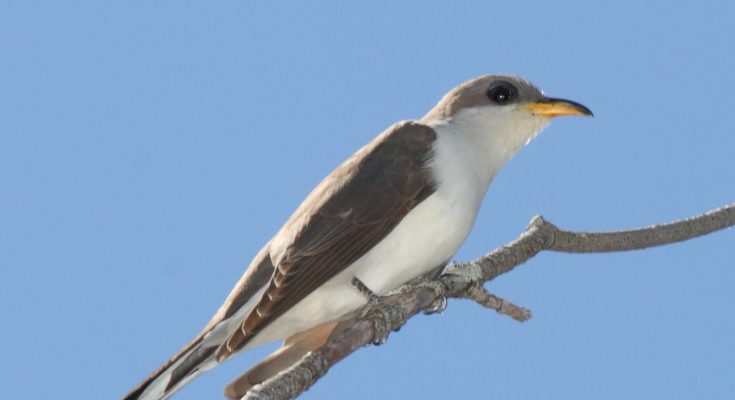 Recently I published a post on the 15 Endangered Birds of Florida. Due to the popularity of that post I decided to post a follow up article covering the endangered, or threatened, birds of Nevada.

As per usual, sadly, most of these birds are threatened as a direct result of humans’ actions such as: developing the birds’ natural habitat into residential areas or farmlands, and pesticides killing them off. (click here to go directly to how you can support Birding Planet’s conservation efforts worldwide )

Some recent updates to the site:

* Please join the brand new Birding Planet Facebook Group here. As soon as you join you receive a free bird ebook. And it is a wonderful way to connect birders from around the world.

* And you can see our brand new Birding Store here.

So, in no particular order, here are the endangered birds of Nevada.

It is 23–28 centimetres (9.1–11.0 in) long, with a long tail and a medium-sized bill. It is grayish-brown on its upperparts with paler, faintly dark streaked underparts. His eyes are a bright yellow, and the tips of the tail are white.

The Bendire’s thrasher makes a cup-shaped nest from twigs, lining the interior with grass stems and rootlets. It is usually placed in a cactus or an otherwise thorny desert shrub or tree. The female lays three or four eggs, which are pale green to blue in color, and speckled with brown and purple. It likes to eat small ground-dwelling insects as well as berries.

The Bendire’s thrasher is listed as Vulnerable due to range-wide declines primarily as a result of the conversion of habitat to farmland.

The Southwestern Willow Flycatcher is less than 15 cm (5.75 in) long from the tip of its bill to the tip of its tail. It weighs 11-12 grams. It has a brownish-olive to gray-green upper body, a whitish throat and a pale olive breast.

They have a completely yellow lower mandible and no conspicuous eye-ring.

The U.S. Fish and Wildlife Service listed the Southwestern Willow Flycatcher as a federally endangered species in 1995, and completed a plan for its recovery in 2002. By 2002, it was estimated that only 900 to 1100 pairs existed.

One of the primary reasons for the decline of this species is the loss and degradation of dense, native riparian habitats. Water impoundment (dams), water diversion for agriculture, and groundwater pumping all have altered streamflow and thus riparian vegetation. Other impacts to riparian habitat are caused by stream bank stabilization, riparian vegetation control, livestock grazing, off-road vehicle use, increased fires and urban development.

A large-footed marsh bird with paler underparts than other Clapper Rails .  Males are larger than females, but the sexes are alike in plumage. They are monogamous and both sexes assist in incubation and brood-rearing. The female usually lays 7 to 11 eggs in a cup nest of grasses, and the chicks can fly after 9 to 10 weeks.

This species was listed as endangered in 1967. Threats include habitat destruction, primarily due to stream channelization and drying and flooding of marshes, resulting from water flow management on the lower Colorado River. Other threats include contaminants from agricultural tailwaters and exotic vegetation.

Adults have a long tail, brown above and black-and-white below, and a black curved bill with yellow especially on the lower mandible. The head and upper parts are brown and the underparts are white. There is a yellow ring around the eye.

They mainly eat insects, especially tent caterpillars and cicadas, but also some lizards, eggs of other birds and berries.

The 3-4 eggs are incubated for 14 days or less. The chicks are able to climb about with agility at 7–9 days of age.

Yellow-billed cuckoos occasionally lay eggs in the nests of other birds.

How Can You Help?

Birding Planet is on a Bird Conservation Mission and YOU can help! For as little as a $2 once off donation YOU can be a part of the community that helps prevent more bird species becoming extinct. I would like to make this site ad-free and only have conservation supporters displayed,

By raising funds through the wonderful Birding Planet community (that’s you and me) we can:

1) Raise awareness about birds in our communities and the plight they face
2) Contribute to the conservation and rehabilitation of birds (and their habitat), specifically endangered birds, in the following practical ways:

* Working with farmers to encourage non-lethal, non-harmful methods of preventing raptors from eating their livestock
* Creating HD videos of threatened/endangered birds for online sharing to raise more awareness
* Posting articles and videos on the Birding Planet blog and other social channels
* Adopting/sponsoring birds at sanctuaries and zoos
* Building aviaries for rehabilitation of injured or orphaned birds
* Supporting current wildlife specialists who specialize in bird care
* Purchasing land in towns and cities to create nature reserves and a safe haven for bird life.

How YOU can help to support the Birding Planet conservation initiative:

I am offering various gratitude and advertising opportunities for individuals, organizations and companies who would like to support the cause.

$3 – your name will appear as a supporter in the sidebar of the Birding Planet website for a week. (add $7 if you’d like to include a link)

$9 – you will be thanked on the Birding Planet Facebook page.

$10 – your name will appear as a supporter in the sidebar of the Birding Planet website for a month. (add $19 if you’d like to include a link)

$19 – you will be thanked on Instagram to Birding Planet’s followers (over 2100 of them). I will include a picture of you or your business/organization logo.

$85 – You get to be the proud sponsor of a Birding Planet high definition video. That means your name will appear on one of our published videos where it will always stay and you will forever be associated with the Bird Conservation cause. This video will appear in YouTube, the Birding Planet website and possibly other social channels.

$150 – you will have a full post published on the Birding Planet website. There we can share more about you or your business/organization. This will also include a link to your social media channel or website.

$1997 – You become the OFFICIAL SPONSOR of Birding Planet for a year.
Wherever Birding Planet is mentioned your, or your company’s, name will accompany it, such as the website banners and all Facebook pages.

All donations are made securely via PayPal, click the button below to donate. Add any notes to the payment e.g. which option you’ve taken and your details you’d like advertised. Alternatively please email me at info@birdingplanet.com (if you have any queries please feel free to email me as well) or use the contact form here. 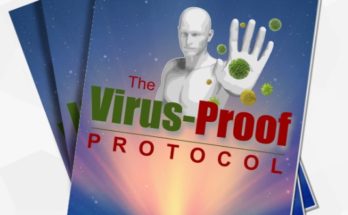 Giving Yourself the Best Defense Against the Coronavirus 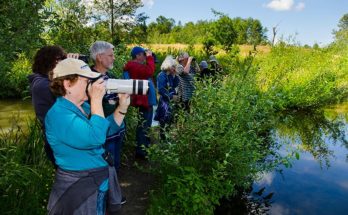 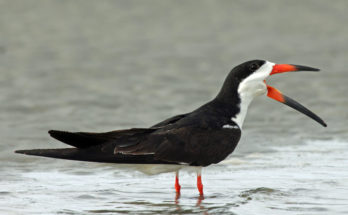 View all posts by Rory Wilson →