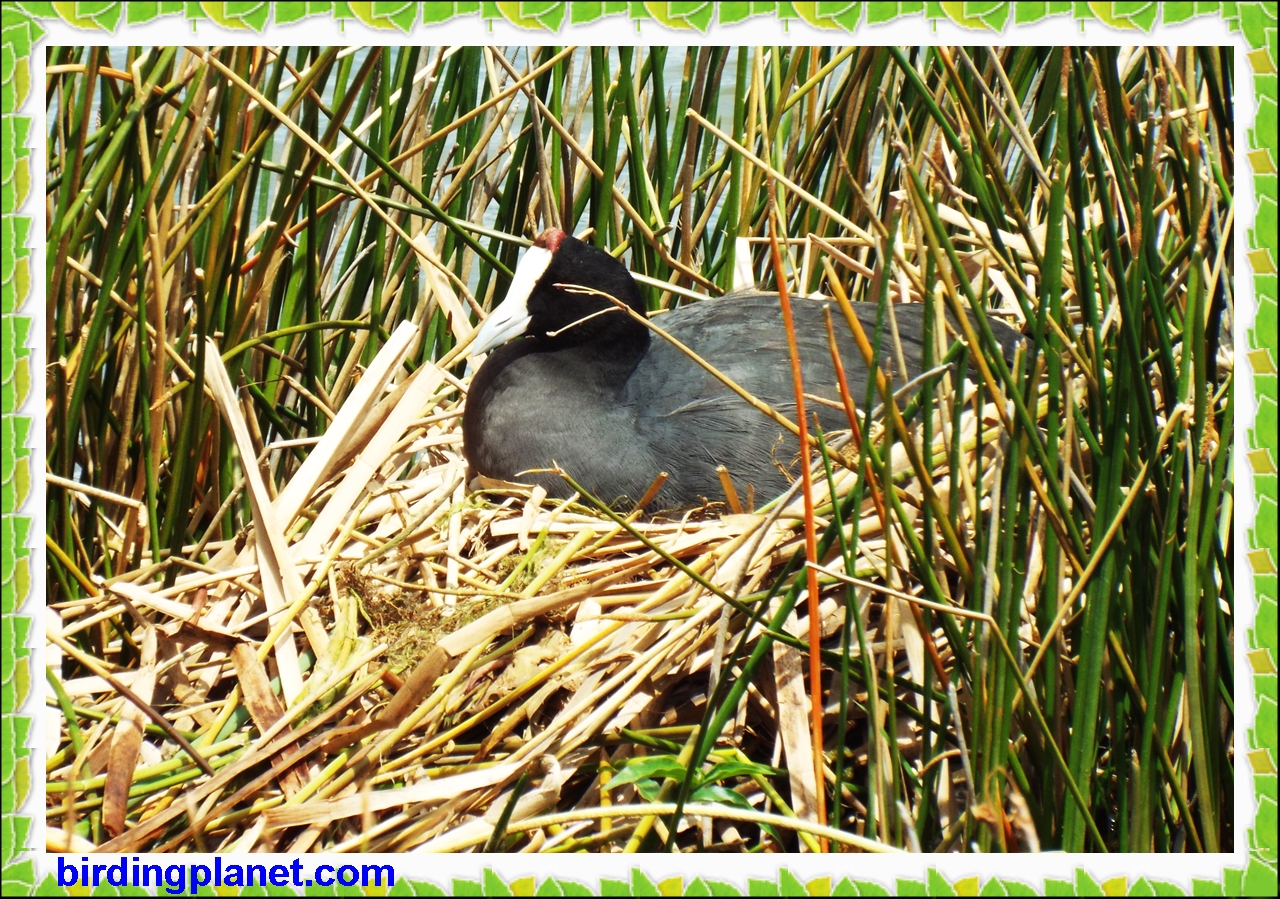 I filmed this Red-Knobbed Coot (sometimes called the Crested Coot) while sitting in restaurant which overlooked a large pond. There were some rocks and reeds which made for some decent nesting spots. There was also an island in the middle of the pond, with some trees on it, where dozens of weavers had made their nests. The Coot was nesting with her eggs, and kindly stood up every now and again so I could get a good view of all her eggs – there seemed to be at least five or six.

The Red-Knobbed Coot is mainly black, with a white frontal shield with a distinctive red knob on top of the shield (it is often mistaken for a duck or a goose).  Watch the HD video below:

The Red-Knobbed Coot is an omnivore. It sometimes feasts on small live prey, but mainly eats various waterweeds.