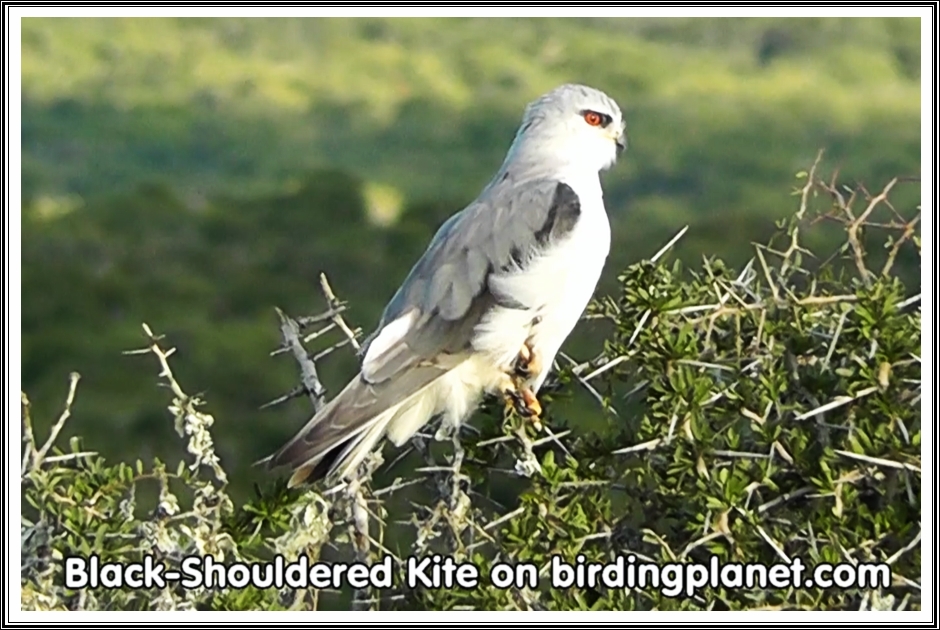 I filmed this Black-Shouldered Kite at Addo Elephant Park in the Eastern Cape of South Africa.
It’s a small raptor which enjoys wide open spaces. It has striking red eyes, and black shoulder patches which make it easily identifiable.

The Black-Shouldered Kite likes to eat small rodents. They are often found alone, or in pairs, during the day, but when the sun starts to set they like to all gather together and roost communally, with anything from ten to three hundred birds together.

At about 31cm they are smaller than the Buzzards, and have a shorter wingspan of about 75cm – 85cm.