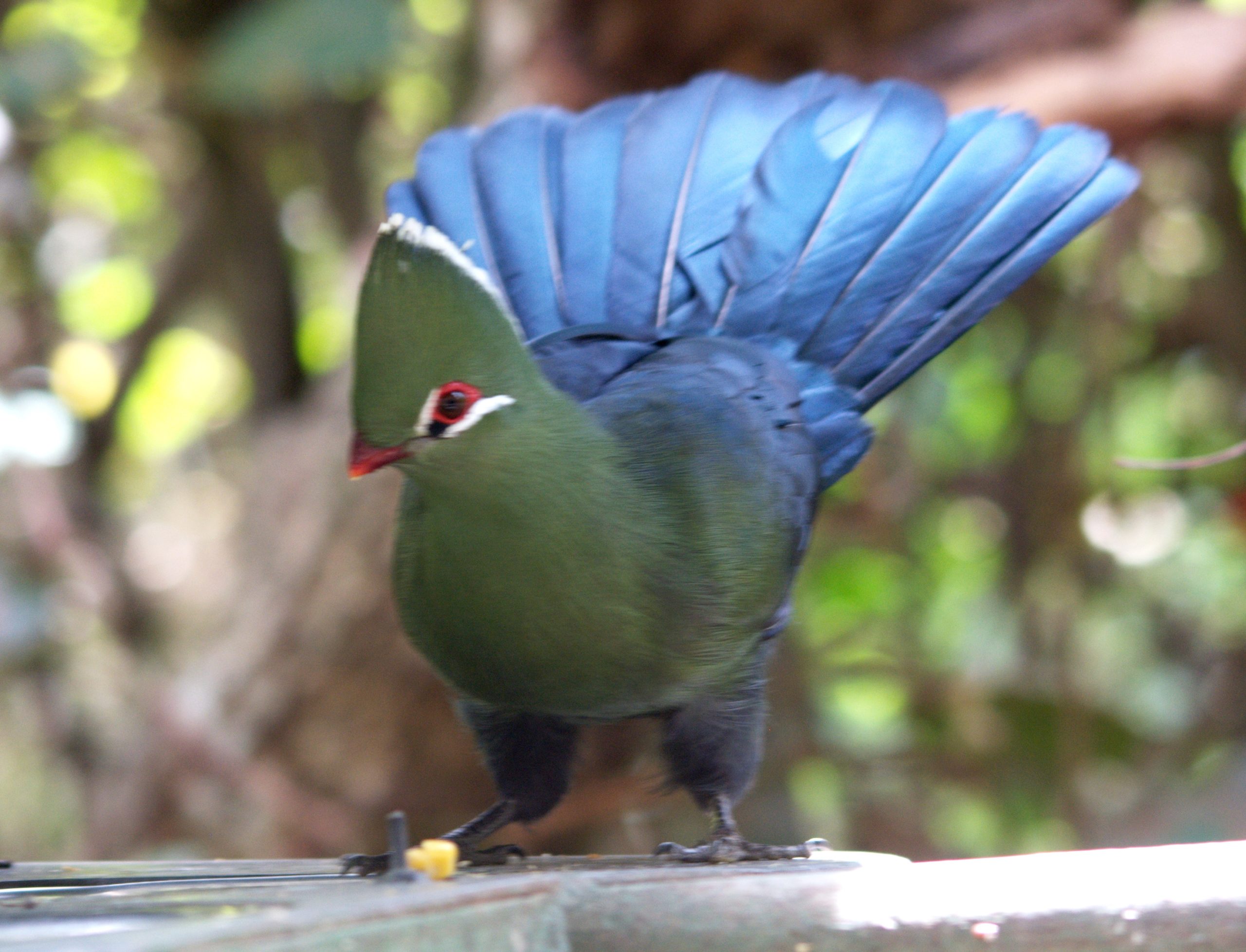 This is another bird I saw while trying out a new coffee shop (click here to see all the birds I’ve filmed while visiting coffee shops). It was a treat to get such a clear view of a Knysna Loerie (aka Knysna Turaco) in its natural habitat. It was the first time I have been able to properly film one, I usually battle to capture them on video as they normally fly quickly overhead and settle near the top of thick bushes and trees.

While I was filming this one he helped himself to quite a few berries from the trees.

The Knysna Turaco is endemic to Africa and is a striking bird, with beautiful, bold colours. It is mainly green with a short rounded crest on its head. This crest has a distinctive white fringe. The wings also have some red in the feathers. Other than berries it eats insects, earthworms and other fruit.

Other Turacos and Go-Away Birds (Louries) 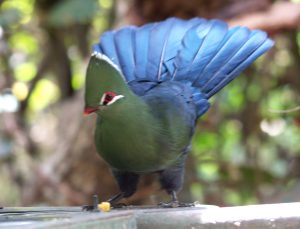