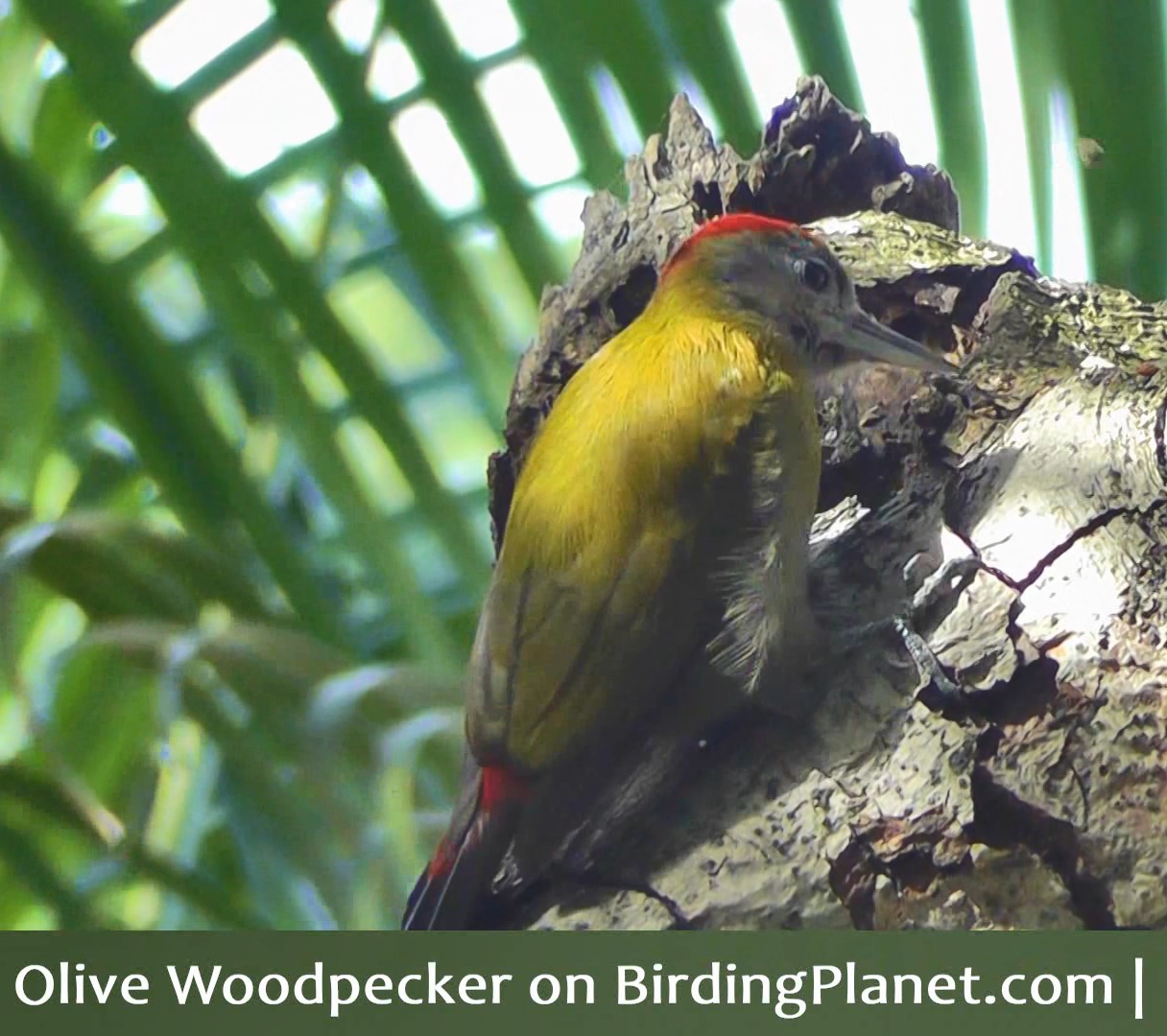 This is a male Olive Woodpecker I filmed in East London, South Africa. I filmed him from my yard as part of the #LockdownBirdingChallenge in our Facebook Group.

He was pecking away at the bark and seemed to find a small feast of ants and insects. He has a grey head, olive body and red rump. The main difference between the sexes is that the male Olive Woodpecker has a red crown (as in the video) and the female has a grey crown.

It usually forages in the upper canopies of trees, probing and pecking branches, and licking up any insects he finds with its barbed tongue.

The nest is usually an oval-shaped hole in the trunk of a tree. Here the female lays 2-3 eggs, which are incubated by both sexes, for roughly 15-16 days. Egg-laying season is from August-November, peaking from September-October.

The chicks are cared for by both parents, leaving the nest at about 24-26 days old. The juveniles return to the nest to roost for about 3 months, at which point they become fully independent.

The olive woodpecker is native to central, eastern and southern Africa. They generally like to eat insects and their larvae, particularly ants, moths and beetles .

Size-wise they are about 20 cm in length and weigh about 33–51 g . They are generally common in South Africa (conservation status of least concern) , but they are local to scarce in Tanzania and uncommon in Angola.

The generic name of the Olive Woodpecker is from the Ancient Greek “dendron” which means tree and “pikos” for woodpecker. The specific epithet “griseocephalus” combines the Medieval Latin “griseus” meaning “grey” and the Ancient Greek -kephalos meaning “-headed”.

Woodpecker Chicks being Fed by Parents

Below is another fascinating Woodpecker video: it’s not of an Olive Woodpecker, but rather is showcases three young Pileated Woodpeckers at the nest with their parents coming in to feed them.