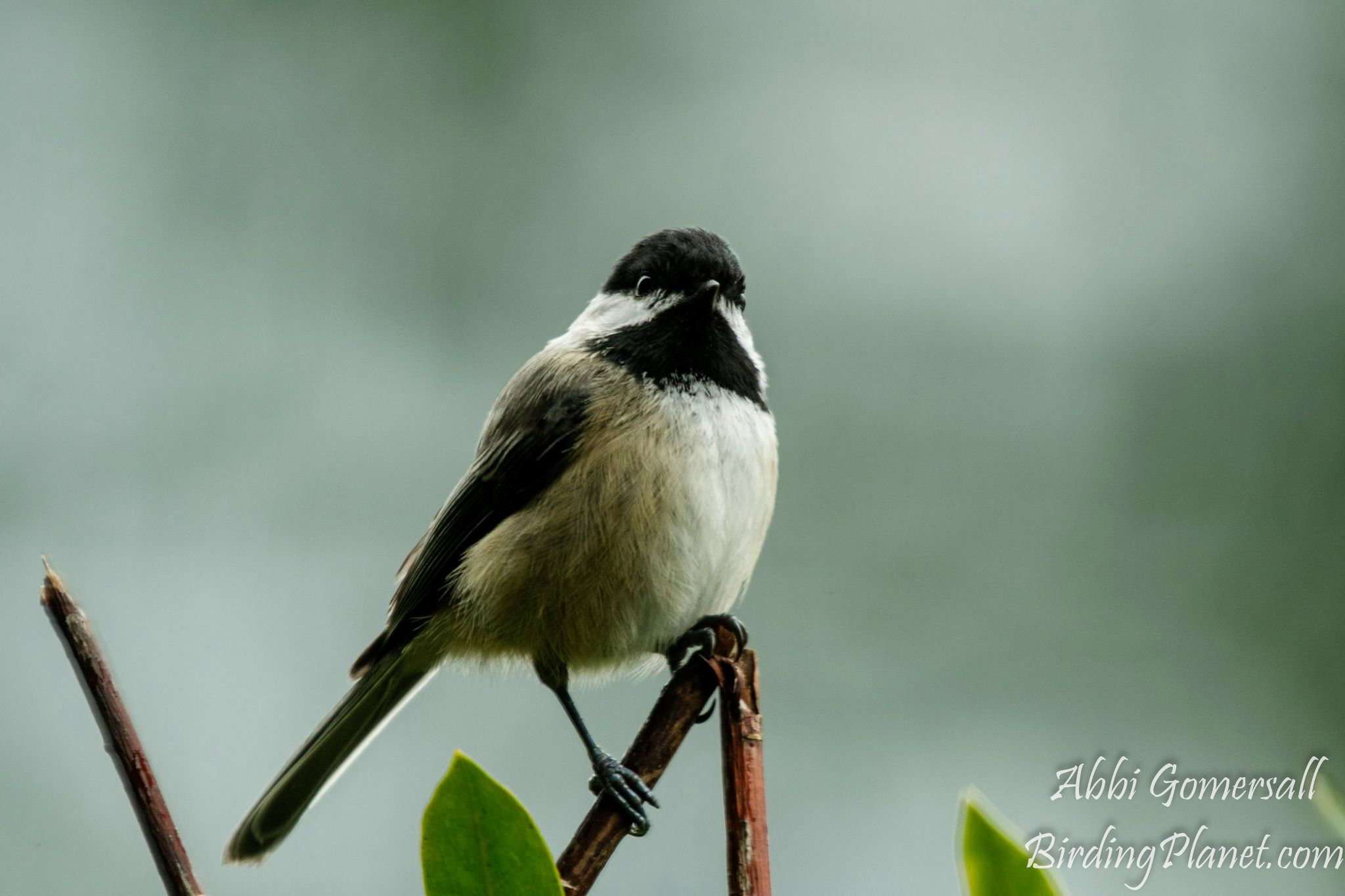 How to identify a Black-Capped Chickadee

As the name suggests the black-capped chickadee has a black “cap” over his head. This is the most distinguishing feature of the bird. The cap reaches just under his black eyes. It is also has white cheeks on the side of his face and a black “bib” over his chest. The underparts are white with reddish brown flanks.

Its bill is short, but the gray tail is long and narrow. Both sexes look the same, but the males are slightly bigger and longer than the females.

The Carolina Chickadee is extremely similar to the Black-Capped Chickadee and can be confusing for birders to identify correctly.

Look at the nape of the neck: the Black-Capped Chickadee will be mostly white whereas the Carolina will be more gray.

Similarly on the tail: the outer tail feathers of the Black-Capped have a thick white edge whereas the Carolina will be more gray.

Definition of the black bib: the Black-Capped’s bib can look uneven as is not as defined as the Carolina. The Carolina also has a very definite, neat line separating the the bib and the belly.

These birds mainly eat insects that they find in trees, usually by hopping along branches to find ants and caterpillars, occasionally also catching insects in mid-flight.

They also eat berries and seeds.

A tip to attract them to your bird feeders: Use black oil sunflower seeds.

They will often take a seed from a bird feeder, fly to a tree and, while holding the seed in their beak, hammer it against a branch to open it. Sometimes they will wedge the seed into rough bark or between branches, or even just between their toes, but on a sturdier perch, before hammering.

When there are very cold winters, around -0.4 F ( -18 °C), their death rates start to escalate and garden bird feeders play a huge role in their survival.  The ones that have access to the supplemental food at bird feeders are twice as likely to live through the winter months than those without access.

These Chickadees can be abundant in any area that has trees or shrubs, such as forests, parks and neighborhood yards.

The male and the female both work to excavate a hole in a tree in which to make their nest. They have been known to re-use abandoned woodpecker nests too. Once the hole is of sufficient size the female will work to build the nest by herself, using moss and hair it can obtain from mammals.

She will lay 6-8 eggs at a time and will incubate them for 11-14 days. While she remains on the eggs the male will collect food and bring it to her to feed on. The eggs are white with small brownish-red dots – see below:

When they are feeding at a garden bird feeder the Black-capped Chickadees won’t usually hang around and feed until they are full as some other birds might do. Rather, they tend to grab a seed and take it to eat elsewhere, much like the Robin-Chat.

However, they are quite likely to accept humans coming close to them, more so than many other species. They have been known to eat seeds straight from a person’s hand once they have become accustomed to that individual.

Tits and Titmice are other species that form part of the family that includes Chickadees. Other Chickadees are Mountain Chickadee; Boreal Chickadee; Carolina Chickadee and the Chestnut-backed Chickadee (pictured below)

Photos by Abbi Gomersall, Jonathon McIntyre, Jeff Perot and Kathleen Ryan who are all members of the Birding Planet Facebook group.